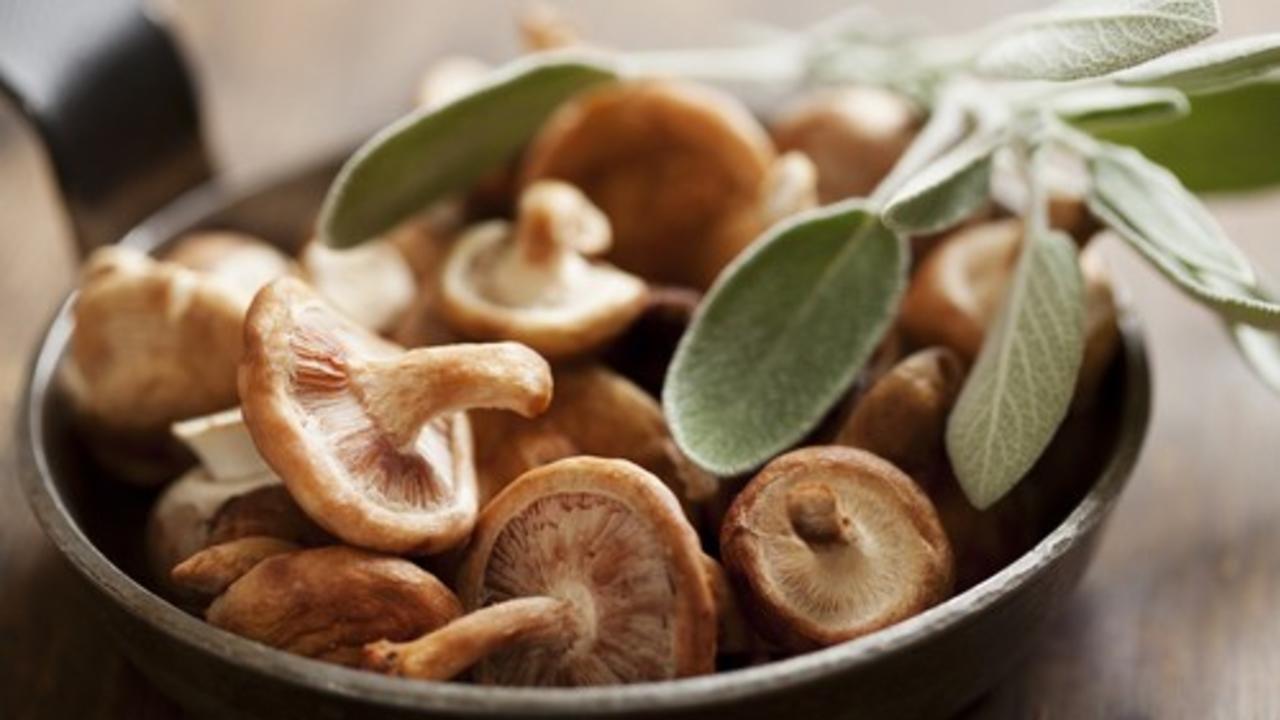 How do you boost your immunity and support your immune system throughout the winter season?

Cut down sick days from work or school by bolstering your resistance to illness... provide your body with foods that are nutritious, unrefined and rich in naturally-occurring vitamins and minerals. 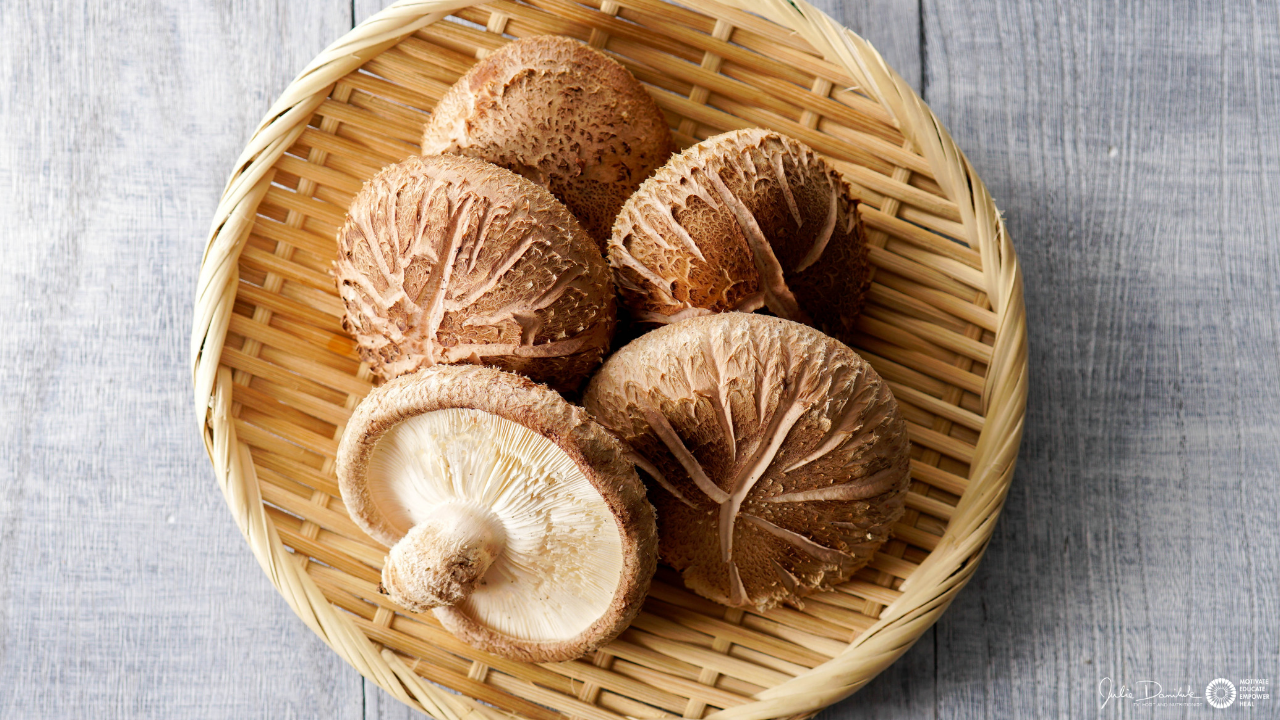 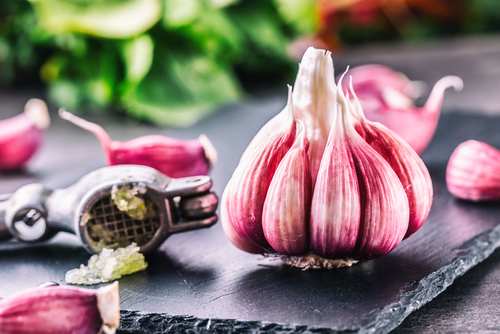 Garlic is a flavourful member of the onion family and a powerful immunity-booster that stimulates the multiplication of infection-fighting white cells, boosts natural killer cell activity and increases the efficiency of antibody production. The immunity-boosting properties of garlic is due to its sulfur-containing compounds, such as allicin and sulfides. Garlic may also play a part in getting rid of potential carcinogens and other toxic substances that can dampen your immunity.2 Hot foods, such as garlic, chili pepper, hot mustard, radish, pepper and onion, contain substances called mucolytics (similar to over-the-counter expectorant cough syrups) that liquefy thick mucous that accumulates in sinuses and breathing passages. 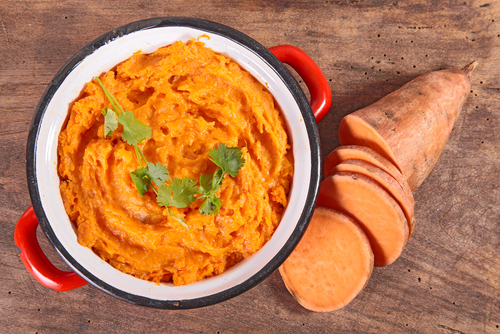 Sweet Potato is rich in beta-carotene, which your body converts into Vitamin A, the nutrient responsible for encouraging rapid cell turnover of the lungs. Vitamin A increases the number of infection-fighting cells, natural killer cells and helper T-cells.3 Because too much Vitamin A can be toxic to the body, it is best to use beta-carotene and let the body convert it as needed. One medium sweet potato contains a whopping 26,081.9 IU of beta-carotene, and makes a great substitute for the typical spud. 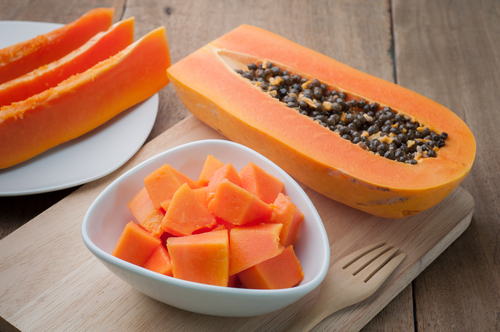 Papaya has 87 mg of Vitamin C per cup, which tops the list of immune-boosters for many reasons. Vitamin C increases the production of infection-fighting white blood cells and antibodies and increases levels of interferon, the antibody that coats cell surfaces, preventing the entry of viruses.4 You don't have to take-in massive amounts of Vitamin C to boost your immune system. Around 200 mg per day seems to be a generally agreed-upon amount and one that can be obtained by eating at least 6 servings of fruits and vegetables every day.5 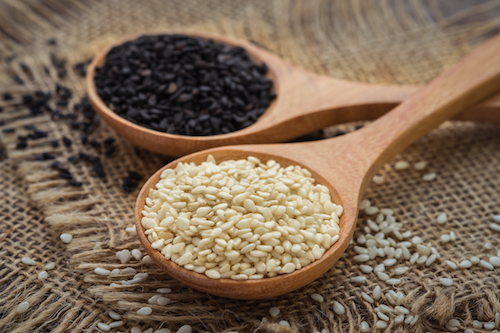 Sesame seeds are wonderful source of immune-balancing zinc and plant sterols. Zinc increases killer cells and helps white cells release more antibodies. A study of over 100 employees at the Cleveland Clinic indicated that zinc lozenges decreased the duration of colds by 50%.6  Zinc increases the number of infection-fighting T-cells, especially in elderly people who are often deficient in zinc and whose immune system often weakens with age. Vegetarians may need as much as 50% more zinc than non-vegetarians because of the lower absorption of zinc from plant foods, so it is very important for vegetarians to include good sources of zinc in their diet (25 mg per day).7

A word of caution: too much zinc in the form of supplements (more than 75 mg per day) can inhibit immune function. The plant sterols in sesame seeds have been shown to modulate the function of T-cells by enhancing their cellular division. Also, the activity of the cytotoxic cells is greatly promoted in the presence of the sterols. These activities are of utmost importance in fighting off viral diseases or diseases involving bacteria which live inside cells.8