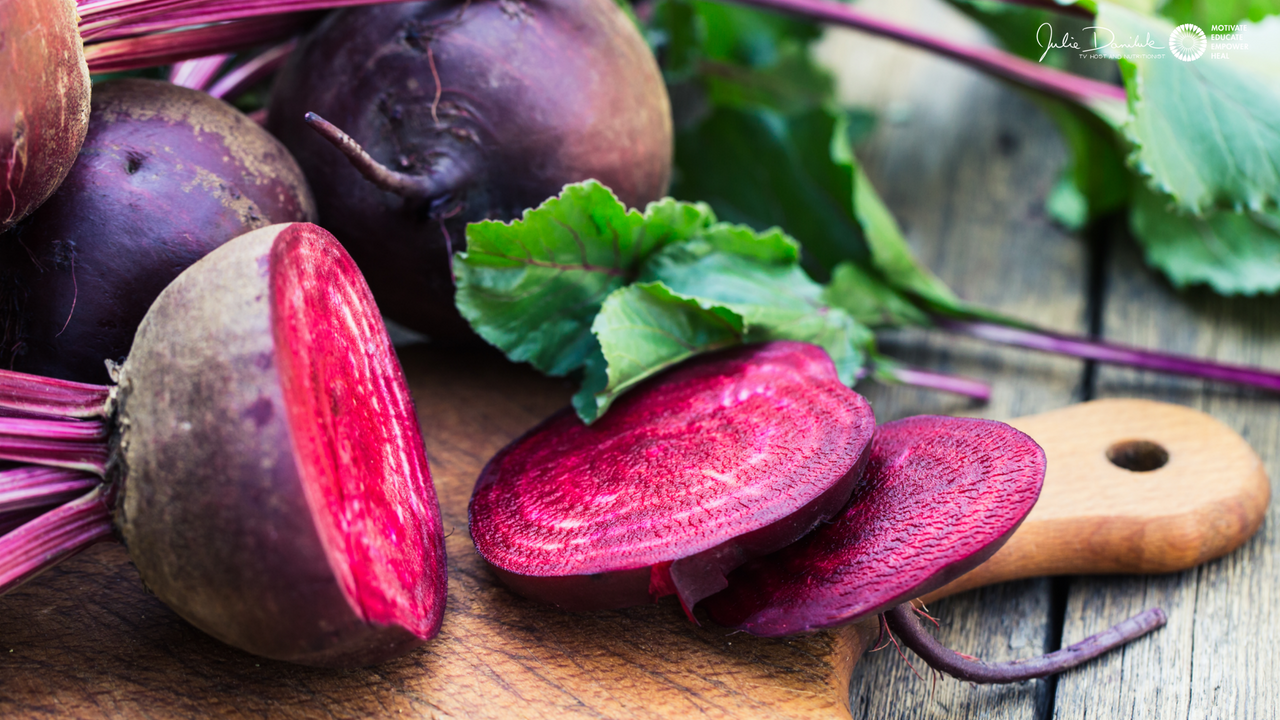 Beets B“The beet is the most intense of vegetables. The radish, admittedly, is more feverish, but the fire of the radish is a cold fire, the fire of discontent not of passion. Tomatoes are lusty enough, yet there runs through tomatoes an undercurrent of frivolity. Beets are deadly serious.
Slavic peoples get their physical characteristics from potatoes, their smoldering inquietude from radishes, their seriousness from beets.
The beet is the melancholy vegetable, the one most willing to suffer. You can't squeeze blood out of a turnip...
The beet is the murderer returned to the scene of the crime. The beet is what happens when the cherry finishes with the carrot. The beet is the ancient ancestor of the autumn moon, bearded, buried, all but fossilized; the dark green sails of the grounded moon-boat stitched with veins of primordial plasma; the kite string that once connected the moon to the Earth now a muddy whisker drilling desperately for rubies.
The beet was Rasputin's favorite vegetable. You could see it in his eyes.” - Tom Robbins, Jitterbug Perfume

There could be a few very good reasons why the beet was Rasputin's favourite vegetable. Beets are a powerhouse of nutrients that help you process toxins, repair tissue and feed your mitocondria! Legend has it that Rasputin was almost impossible to kill – perhaps his otherworldly endurance could be attributed to the beetroot?

Why are beets so good for me?

Beets can, literally, push toxins out of your body. Beets contain a group of phytonutrients, called betalains, that support detoxification through increasing enzymes (such as glutathione S-transferase), an important Phase II detox step for your liver. When your liver is able to detoxify chemicals and toxins more effectively, then your body is better able to balance your hormones, keep your cholesterol levels in check and improve your energy levels.1

Beetroot juice has gained a lot of attention for its ability to improve sports performance. Nitrate reduces the oxygen cost of exercise, improves blood flow to the muscles and enhances oxygenation, all which play a role in improving endurance and performance. Studies suggest that beetroot juice increases time to exhaustion during a run by 15%, in addition to increasing power and number of repetitions of resistance exercises.2 3

Betalains and beetroot extracts are potent anti-inflammatory substances. Nutritional researcher Monica Reinagel, creator of the IF (Inflammation Factor) Rating system has found beet greens to be strongly anti-inflammatory and gives them a rating of 274. In comparison, almonds have a rating of 56 and carrots rate 60, so you can see how powerfully anti-inflammatory beet greens are! Beets are the highest plant source of betaine at an amazing 127mg in every 100g serving. A study by Greek researchers shows that betaine lowers C-reactive protein levels, a marker of Heart Disease and chronic inflammation.4 5

Beets naturally contain high levels of nitrate and, when eaten, it gets converted to nitrite by bacteria found on the surface of your tongue, then to nitric oxide when it reaches your stomach due to high acidity. Nitric oxide is a potent vaso-dilator, controls blood pressure and delays atherosclerosis. A study has found that beetroot juice decreased blood pressure in men by 4-5mmHg at 6hrs, which may reduce risk of cardiovascular problems by 10%.6

Poor cognitive ability, Dementia and Alzheimer’s Disease all seem to be linked with poor blood flow to the brain. Beet's high level of nitrate and antioxidants helps improve blood flow to the frontal lobes of the brain, the region responsible for many cognitive processes. Betalain, the compound that gives beets such rich colour, is an exceptionally rich source of antioxidants and protects cells from oxidative stress, a key factor in the development and progression of Dementia and Alzheimer’s Disease.7